Random Acts of Kindness towards Writers

Kindness ROCKS!
To commemorate the release of their book The Emotion Thesaurus, Becca and Angela at The Bookshelf Muse are hosting a TITANIC Random Act Of Kindness BLITZ. And because I think KINDNESS is contagious, I’m participating too!

Kindness is POWERFUL. Even the smallest gesture can fuel a person and keep them going.

All over the blogosphere today, you’ll see Random Acts of Kindness toward Writers. These are by people who want to share their appreciation for those who have helped or supported them at some point along the Writing Path.  We all share a passion for the written word.

Today, let’s celebrate those who write!

There have been two people who have been instrumental in the success of  Kid Lit Reviews.  Both  have been extremely  encouraging.

One has supported this blog from nearly day one.  During my first crazy April A–Z Challenge he commented everyday, sometimes more than once.  Before that challenge and after, he comments or likes (sometimes he gets energized and does both), on every post written, and I mean EVERY POST that is made on this site.

When I have needed help I have sent an email and he sent back the answer, usually within hours.  That could depend on

his school hours, or

if he is building something fantastic with Legos, or

working on his movie.

OH, yeah, he is a writer also.

…………He has already written one book and is working

…………During the summer, he and his sister will be

All of this made me wonder when he had time to

ERIK, thank you for all your help and encouragement.

The other person who has been instrumental in this blog was once a writer needing a review.  She had a middle grade book about a girl wanting a non-traditional career and parents who were against the whole idea.  The girl kept pressing until she was given a shot at, what the parents believed, she would not succeed.  She did.  That girl was Princess Petra who is now known by the moniker Sir Princess Petra, Royal Knight.

The author of that interestingly funny book somehow became a friend–a good friend.  She not only encourages me, as she does with nearly every post (which means when she has not grabbed pencil and pad and locked the door behind her for more writing time.)  I get emails practically every day asking about my own writing and badgering me to write that book “NOW!“  I will.

Her Sir Princess Petra was a hit and now a series.  The book has garnered an award, which I would love to tell you the name of, but I have no idea yet.  Publishers want it hush-hush for now.  It might have to do with the second book of the Pen Pieyu Series which is close to launch day. 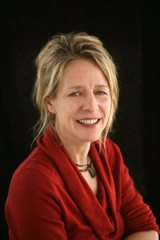 Thank you Diane Mae Robinson, for driving me . . . nuts.  Without all of your encouragement I would not be outlining a book–my book.  I may need some of Erik’s help, too. He is on his second book, but you are now on your third.  The two of  you are hard to keep up with.

…..
……….
If you know a writer who has been helpful to you, that maybe goes out of their way to make your day, acknowledged him/her today
…….
Random Acts of Kindness toward Writers Day!
…..
…..
…….
Thank you Erik and Diane!   Thanks to everyone who reads this blog.
………………………….
And a special thank  you to every writer who has asked for a review.  Without you, Kid Lit Reviews would not exist.
Sue

5 thoughts on “Random Acts of Kindness towards Writers”